WAPDA continued their winning streak, reaching the final of the event by defeating the Higher Education Commission by 26-23. 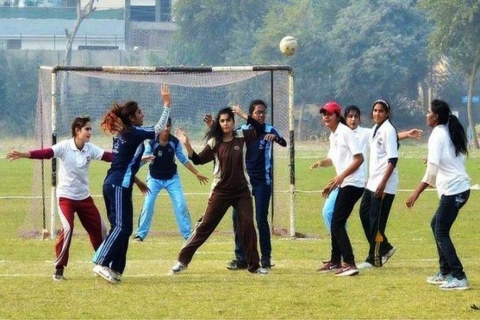 Pakistan Army and Pakistan WAPDA will clash in the final of the 15th National Women’s Handball Championship 201 after registering victories against their respective rivals in the semi-finals being played at Kunj Football Ground,.


WAPDA continued their winning streak, reaching the final of the event by defeating the Higher Education Commission by 26-23. Sehrish, Aqsa, Irum scored 8 goals each for WAPDA while Amna, Somi and Sarah scored 5 goals each for HEC.

WAPDA Ayesha Dilshad scored 2 goals and besides this she also did better coordination with teammates and put the HEC team under tremendous pressure in the 40 minute play of 20 minute each half.

In the second semi-final Pakistan Army Sidrah Bashir scored 6 goals and Pamela scored 5 goals while Afshan, Noureena were also pick of the pack with the stunning display of attacking moves against the strong Punjab team. Army defeated Punjab by 29-24. For Punjab Sehra, Muneeba, Sehrish and Adeela Khan played well and contributed the main scores against the Pakistan Army team.