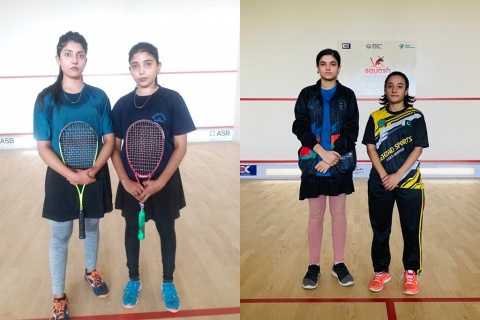 In the first semifinal, Nimra Aqeel overpowered Hira Aqeel by 3-2 while in second semifinal Komal Khan stunned Sana Bahadur and through to the final of KP Women Squash Championship 2021.


Nimra Aqeel faced a tough challenge from Hira Aqeel in the first semifinal. Hira, although won the first game, but it also clears the intentions of Nimra that she would fight and fight hard to reach the final berth. After losing the first game Nimra came back strongly to level the game. Hira bounced back once again as she equalized the lead in the third game. In the fourth game when all,things are going in Nimra’s favor, a true match winner and champions showed up as Nimra won the encounter in just 28 minutes.