Pakistan beat Egypt 2-1 in the final to become World Squash Junior Champion for the 5th time. 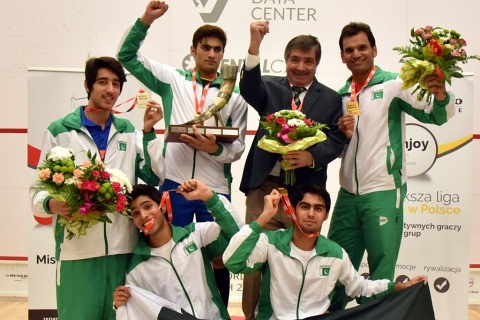 It was a sweet revenge for Israr Ahmed in the first match of the the team event where he defeated Saadeldin Abouaish in straight games, as Israr has earlier lost to Saad in the semi final of the individual event.

The second match, which is also the longest of the 3 matches, played between Ayaz Ahsan and Youssed Ibrahim of Egypt produced some grilling rallies with the Egyptian player saving 3 game points in the first game to win it 11/13. Some smart play by Ayaz in the second game squared the match one all as the Pakistani player won the second game 13/11. In the end, team Egypt won the second match to equal the best of 3 matches.