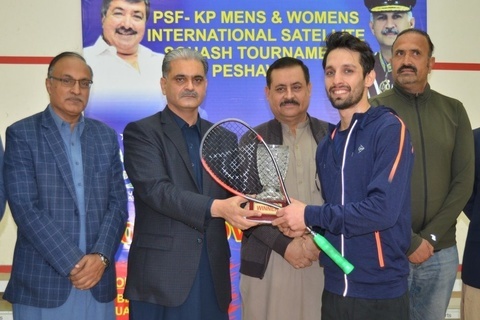 The 26-year-old, who is in a race to recapture his place at the top of the rankings, was challenged by Noor Zaman in the final clash. The grandson of Former World Squash Champion Qamar Zaman, Noor Zaman finding some good shots and making the score line close in two games. However, Nasir was able to remain clinical towards the end of each game to take a 2-0 lead.

With this win Nasir has improved his international rankings substantially as he jumped to the 234 spot from 259. He won eight consecutive satellite international events which helped him achieve the current rankings.