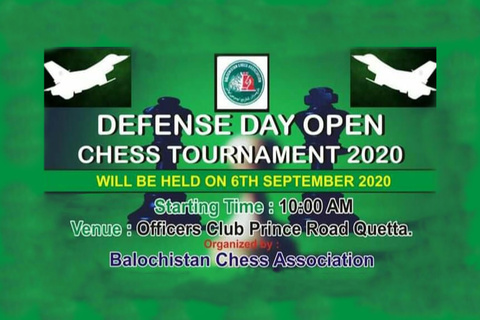 It is set to be held on 6th September at Officers Club Prince Road, Quetta.

The said championship would be played according to swiss league system with 6 rounds. The time control will be 20 minutes. Swiss perfect 98 pairing software shall be used.

Players can participate on the spot by submitting an entry fee before 10:00 am, 6th September.

The competitions will begin at 10:00 AM sharp.