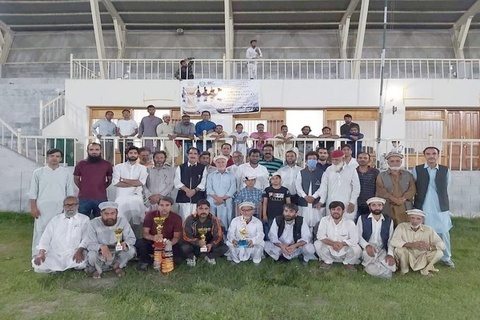 For the first time, Chitral district is hosting the National Chess Championship in collaboration with Swabi Chess and strong support of Directorate of Sports Khyber Pakhtunkhwa.

The championship is inaugurated by member National Assembly Maulana Abdul Akbar alongside Deputy Commissioner Chitral and with the participation of top 52 national and international chess players all across the country.

Four rounds of the Championship have so far been concluded on the first day while five more rounds will be completed till the closing ceremonies. According to Sardar Gohar, after the completion of all the nine rounds, the winner and the Champion player would be decided.


He said the special focus has been given to ensure playing facilities to the male and female players and it is for the first time that under the vision of the Prime Minister of Pakistan Imran Khan, three grounds besides 15 overall Polo grounds would be established in Chitral.

He said under the directives of DG Sports KP, he was trying to promote all such sports by keeping youth engaged in positive activities.

Azeemuddin, a local player, who took part in the tournament, said he has been playing chess for the past 55 years and not only he but his wife, sons and daughters were also playing chess together.