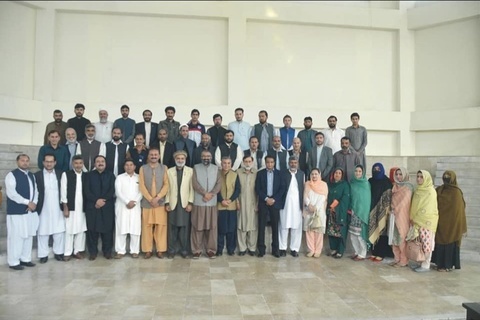 Khyber Pakhtunkhwa has an immense talent for the sport. President of Pakistan Handball Federation Chaudhry Shafiq said that the federation will provide all possible technical facilities including best coaching in the game.

He also appreciated the services of outgoing President Farooq Hussain and Secretary Noorzada Khan for the untiring efforts they have made for the promotion of Handball Game in Khyber Pakhtunkhwa. Ch. Muhammad Shafique congratulated Bahre Karam and other office-bearers for being elected unopposed for the next four years term.

The newly elected President of the Khyber Pakhtunkhwa Handball Association Bahre Karam Khan said that he would work hard to promote and develop the game of handball and would take all the districts together.