Iran top Pool A as of now after securing 4 points while in Pool B, Australia are the table toppers with 4 points after winning two consecutive matches at Kabaddi World Cup 2020 which is being played at Punjab Stadium, Lahore. 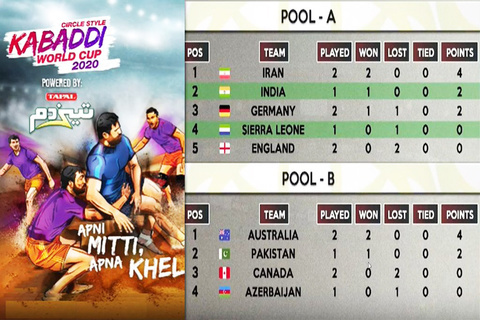 After third day fixtures, Iran are the Pool A chat toppers as of now as they have secured 4 important points through dominant displays. The Defending champions India and Germany sit on the second and third places respectively with 2 points. Sierra Leone and England are placed 4th and 5th as they are yet to win any match.

Australia sit atop the Group B as they have secured 4 points by winning two consecutive matches. Pakistan is currently sitting on the 2nd spot after dominating Canada in the first game by a huge margin of 64-24. Azerbaijan and Canada are placed at the bottom after failing to win their encounters.

Let’s have a look at all the details on Kabaddi World Cup 2020 Team Standing after Day-3: 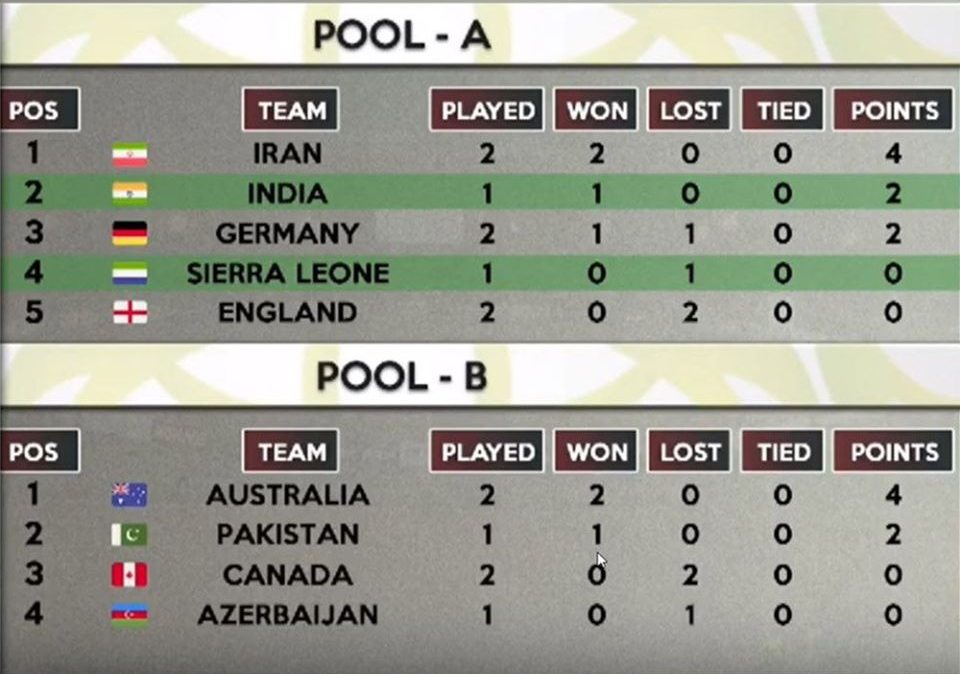