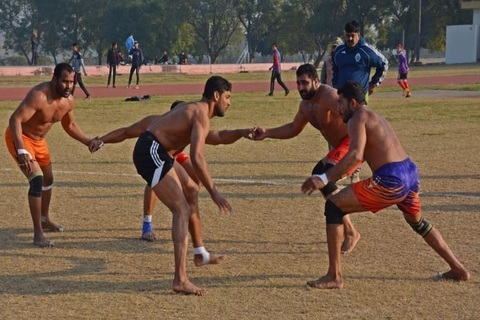 For the first time in history, Pakistan will host the Circle-Style Kabaddi World Cup 2020 from February 9th to 16th at four different venues of Punjab.

A total of ten (10) nations will be competing for the ultimate title of the World Cup which namely are: India, Canada, United States, Australia, England, Iran, Kenya, Sierra Leone, Azerbaijan and the host Pakistan.

The ten nations will be bracketed in two groups with the leading two sides from each pool qualifying for the semi-finals.

The competitions will be held in Lahore, Faisalabad, Kartarpur and Nankana Sahib. Both the opening and closing ceremonies will be held at Lahore’s Punjab Stadium.

All the matches will be live telecasted and if you want to watch kabaddi matches live then you can download this app and watch kabaddi world cup live. SB Sports TV Live

Enchanting winning cash prize of Rupees 10 Million has been allocated for the World Cup winner while the Runner up will get Rupees 7.5 Million. The team to settle for the third positions will be given Rupees 5 Million.


The participation fee is set to Rs 50,00,000 for each team. The mega event is sponsored by Creative Sports Agency Pvt Ltd.

Bad weather had forced the organisers to reschedule the Kabaddi World Cup (circle style) which was penciled in for January 12-19 at three different venues of Punjab.

“Because of the poor weather and heavy fog we have rescheduled the event from January 12-19 2020 to February 9-16,” Pakistan Kabaddi Federation’s (PKF) secretary Mohammad Sarwar said.

The hosts team camp is in progress at the Pakistan Sports Complex in Islamabad. “Pakistan Sports Board (PSB) is sponsoring the camp,” Sarwar said. Coaches Fayyaz Ali, Tahir Waheed and Shehzad Hanif are supervising the camp.

India had hosted all six circle style World Cups so far, with the last one taking place in 2016.