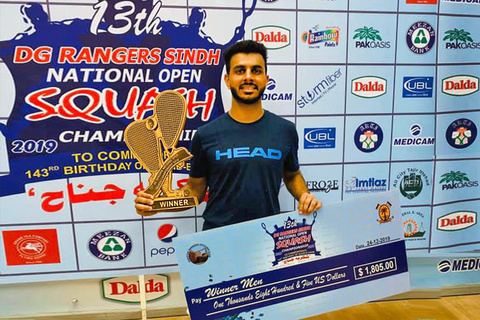 Top seed Tayyab Aslam came from behind to win the title as he defeated former Pakistan No 1 Danish Atlas Khan 3-1 in the final. 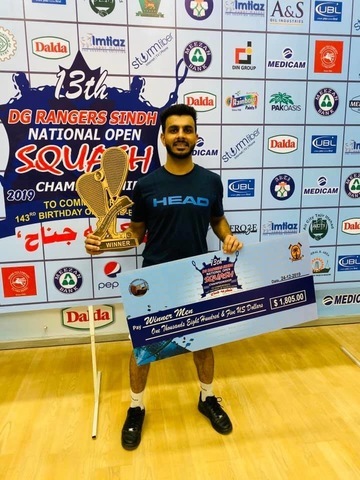 Gold medalist of recently concluded South Asian Games, Tayyab started the final on a low note as he surrendered the first game 11-5 but soon settled down well and took the second game 11-6. He then proceeded to dominate the rest of the match and won the third and fourth games by 11-7 to seal the final match in 50 minutes while displaying top class squash.

After registering title victory against Danish, Tayyab received $1,805 and glittering trophy while Danish got $1,140 prize money and runner-up trophy.

Qualifier Faiza Zafar of Army scored a huge upset in the ladies singles final, as she overpowered national champion and third seed Amna Fayyaz, also of Army, 3-0 in 26 minutes. Faiza played superb squash against Amna in the first game as both fought for each and every point but Faiza, in the end, won the first game 11-9.

Faiza continued her good show in the second game and kept her opponent under tremendous pressure to win the second game 11-5. She maintained her rhythm and pressure on Amna in the third game as well and won it comfortably by 11-5,  recording a surprising title triumph.