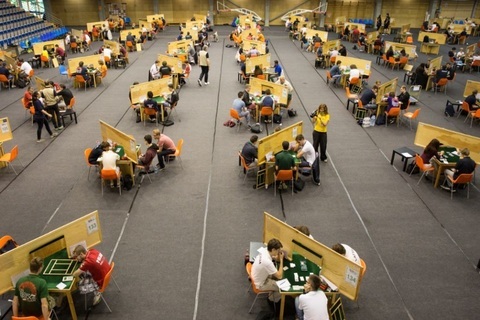 China hosted the one of a kind, International Bridge Championships 2019 where top players from seven countries competed with all their skills. The rivals from other countries played exceedingly well but proficient and adept moves of the Senior Pakistani Bridge stalwarts: Izzat Khalil and Arshad Ijaz, tilted the balance in their favor, attaining the top position in Master Pairs Event after four days of intense competition.

Their masterful handling of the bridge moves earned them this triumph of an international event with guidance from another team-mate: Ghias Malik.

Izzat stated that the bridge playing arena in Nanking, China was grand and exalted and the hospitality extended by the Chinese was stirring and exhilarating as maximum facilitation was provided to the bridge playing team from Pakistan. It was also announced by the Chinese organizers that the next International Bridge Championship will be held in 2020.