Egyptian Mohammed El Sherbini is drawn against Tayyab Aslam while Farhan Mehboob is up against top seed Youssef Ibrahim in the semifinals of the Serena Huawei Pakistan International Squash Tournament 2019 being played at Mushaf Squash Complex, Islamabad. 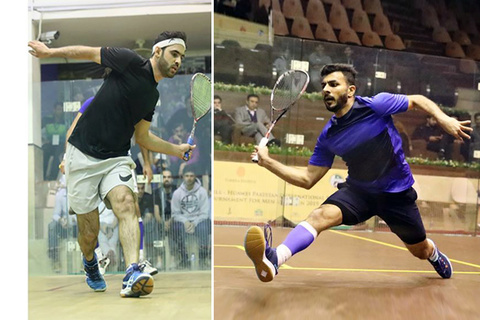 It was a busy day at Mushaf Squash Complex Islamabad, as the quarterfinals of Serena Huawei Pakistan International Squash Tournament 2019 were played on the third day.

The runner up of $10,000 Pakistan International Squash Tournament 2019, Farhan Mehboob, gave a masterclass performance as he stepped into the semifinal round by beating compatriot Farhan Zaman. 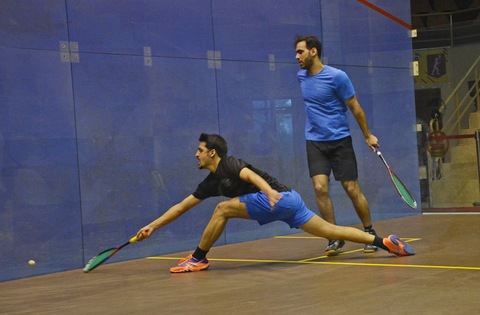 Former Pakistan no.1 Farhan, currently ranked number 99 in the world, started the opening game with electrifying pace. Riding the momentum the eighth seeded Farhan continued his aggressive play through drop shorts to win the first game by big margin of 9 points.

World no.145 Farhan Zaman came back strongly and played the best squash to win the second game at 11-4.

The third game started with both players keeping each other engaged in long rallies and both looked highly cautious and were not ready to hand over advantage to other. Zaman then availed the chances to wrap up the game much early at 11-5.

Farhan, who was ice cool and fully focused on his mission, continued his aggressive approach as he showed his class to utilize his wide international experience and displayed outstanding squash skills to win the game at 11-3. 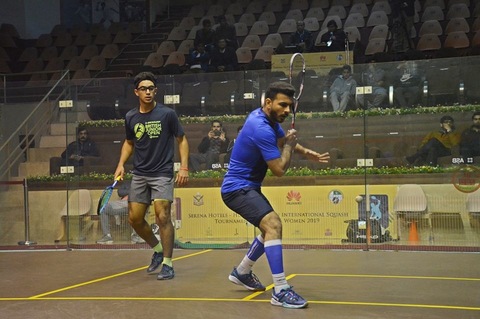 Third seeded Tayyab Aslam secured his place in the semifinal by beating unseeded Yahya Elnawasany with the final score line of 11-2, 11-8, 11-3.

Now, Mohammed El Sherbini is up against Tayyab Aslam while Farhan Mehboob will meet top seed Youssef Ibrahim in the semifinals.