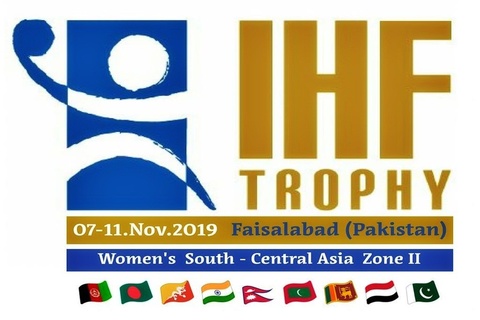 As many as nine (9) nations will be taking parting in this mega handball bonanza where players from their respective teams will be seen competing will all their skills and talent to triumph over their opponents and take home the title victory of this international event.

Pakistan is the only country in this zone which is organizing the event for the third time as PHF organised IHF, South & Central Asia, Junior Men & Women Zone II Trophy in December 2014 and IHF, South & Central Asia, Youth & Junior Men Zone II Trophy in March 2018 due to which the International Handball Federation (IHF) allotted this Trophy to Pakistan for the third time keeping in view previous good experiences.

The IHF will also depute International Referees and Technical delegates from different countries for the event.

As for the previous achievements, Pakistan collected gold medal in Men's Junior and got silver medal in Women's Junior events in 2016 at Dhaka. In 2018, at Faisalabad, Pakistan Men Youth and Junior team won silver medal.