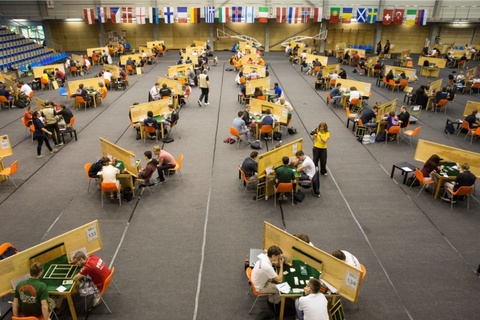 "A total of 12 players six men and as many women will represent the country at the championships," President of Pakistan Bridge Foundation (PBF), Javaid Khaliq said.

According to Javaid the PBF was facing scarcity of funds and finding it hard to manage the Wuhan trip. "We are looking for some sponsorships to arrange the trip," he said. He said during the past three to four years the PBF had received no financial support from Pakistan sports board (PSB) and that was why it was suffering from severe financial crunch.
"We can produce top quality players if we are given right kind of support," he added. Around 800 people will vie for the trophies in the 15-day coveted bridge event.
Founded in 1950, the World Bridge Team Championships are the biennial top-level tournament of its kind. The Championships, held in odd-numbered years, comprise the Bermuda Bowl (open teams), Venice Cup (women's teams), D'Orsi Senior Bowl (senior teams) and the newly-introduced Mixed National Teams event.