Pakistan’s highest-ranked squash player Nasir Iqbal is currently embroiled in an awkward situation after one of his samples tested positive for doping while the other tested negative. 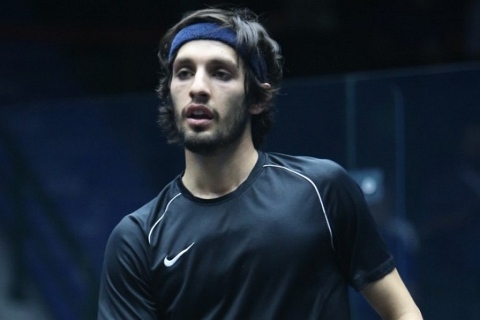 Pakistan’s highest-ranked squash player Nasir Iqbal is currently embroiled in an awkward situation after one of his samples tested positive for doping while the other tested negative.

Iqbal won gold at the South Asian Games by defeating compatriot Farhan Zaman in straight sets in the final and was requested by the World Anti-Doping Agency (Wada) to hand in the samples after the game on February 7, while Iqbal submitted another sample for an independent test three days later.

Following the tests, it has now been learnt by The Express Tribune that the first sample tested positive for doping but the second sample, the one handed in to the independent body, working as an affiliate unit of Wada, tested negative.

“As things stand right now, Iqbal’s A sample has tested positive but everyone is hopeful that his B sample would come out clean,” an official close to Pakistan Squash Federation (PSF) told The Express Tribune. “There is general belief that the player hasn’t done anything wrong and will come out clean. Iqbal comes across as a very hardworking individual and we doubt that he could indulge in such wrong practices.”

Boosted by the reports of the independent test, Iqbal has decided to challenge the results of the first sample.

Meanwhile, former national coach Jamshed Gul, who helped Pakistan dominate in Asia during his tenure from 2012-2015, refused to accept that Iqbal could be involved in such activities.

“I’ve worked with Iqbal and from my past experience I can safely say that he would not involve himself in such activities,” said Gul. “Throughout my time, he came across as a thorough professional and fitness still is his biggest weapon. I hope he gets out of this difficult situation.”