Legends vs Champions squash series set to be launched on 17th

The Pakistan Squash Federation (PSF) will be launching a high-profile ‘Legends vs Champions’ series on Thursday (March 17) which will be featuring matches between Pakistan and Egyptian players in the city next month. 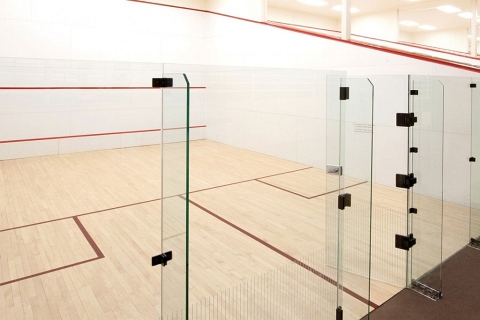 The Pakistan Squash Federation (PSF) will be launching a high-profile ‘Legends vs Champions’ series on Thursday (March 17) which will be featuring matches between Pakistan and Egyptian players in the city next month.

The event is a stepping stone on the road to re-launching the game of squash that brought tremendous glory and unprecedented success to Pakistan for more than four decades.

Besides the squash series, a carnival is also planned on April 1 to promote the game and attract enthusiasts. The series and carnival would be a celebration of the past with an eye on the future as the PSF join hands with top class sports management professionals who have already raised the bar for the industry in the country by the incredible success of the Pakistan Super League’s (PSL) opening edition.

The PSF is also pleased to announce that after a long time, the greatest sportsman of all time — the record ten time British Open winner Jahangir Khan — is endorsing an event in the country.

Jahangir expressed his delight at the prospect of seeing top-class squash in the city after a long gap. “It is a real pleasure to be part of this event especially with a federation that has the vision and the will to make a difference. I firmly believe that we still have talent in the country, it is all about giving youngsters an opportunity,” he said.

The highlights of this squash series will be that a five-member Egyptian squad will feature in it which includes three top-ten ranked players including world number four. Besides that, for the first time ever, a four-walled glass court is going to be assembled in Karachi for the series. The venue will be named at the launch ceremony of the series.

Jahangir is going to be the guest of honour at the launch event where a new PSF logo will also be unveiled.

AVM Razi Nawab, the senior vice-president of PSF, will also be addressing on the occasion and will speak about the commitment to bring back Pakistan’s glory in squash besides his vision for the game in the country.

Salman Sarwar Butt (Project Director PSL and Chairman GPI) who is actively involved in re-launch of squash in collaboration with PSF is also going to speak about the scope of the event. The launch of ‘Legends vs Champions’ series shall be held at the Convention Centre PAF Museum, Karsaz at 4:00pm.