Mega WSA squash event to be held next year

Sitwat Babar announced to hold mega WSA squash event next year at Bahria Town, in which elite female players will exhibit their prowess and get a golden opportunity to earn mega prize money. 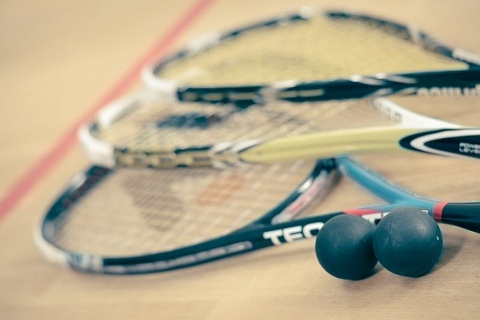 Sitwat Babar announced to hold mega WSA squash event next year at Bahria Town, in which elite female players will exhibit their prowess and get a golden opportunity to earn mega prize money.
Talking to The Nation, Sitwat said: “If Pakistan Squash Federation (PSF) provides us with four-glass wall portable court, we will install it at highly suitable place. I can assure, like past three years, Bahria Town will not only host the 4th WSA edition offering mega prize money, which is never witnessed in the history of Pakistan female squash, but also ensure top 10 female players of the world to feature in this event.”
Sitwat said being a female; she always felt her responsibility towards contributing to this gender, which was long being ignored in Pakistan. “I have floated the idea to Bahria Town chairman Malik Riaz, who very kindly not only accepted my proposals, but also immediately gave a go ahead to conduct the first national ranking female event in 2012. The event was though local, yet carried prize money on offer was Rs 4,000,000, which was a rare thing as far as female squash in Pakistan is concerned.
“I would like to mention name of Imran Qadir, who is very passionate and dedicated sports lover, and made the dream of organising first ever international WSA squash championship possible in 2014, in which international players participated and the highlight of the event was participation of Indian girl Sachika, who won the inaugural edition. In 2015, 12 international players including South African top seed and world number 30 Siyoli Waters, who was beaten by local girl Maria Toor Pakai in the final. The 2016 edition was a great year for women squash in Pakistan, as we conducted $15,000 3rd edition of Bahria Town International Squash, in which 13 international players from Malaysia, Egypt, Hong Kong, Indonesia and hosts Pakistan took part. Siyoli Waters was once again the top seed, but unfortunately, she got injured and could not turn up,” she added.
Sitwat stated that the recent Bahria Town International Squash 2016 was a wonderful experience for not only Pakistanis, but also for the international players. “We not only provided them boarding, lodging facilities, but also took very good care of them, which resulted in other top players showing their eagerness to visit Pakistan next year to feature in the event. I can confirm that next year, a record number of international players will come to Pakistan and I hope the PSF will recognise our sincere efforts and like PSF honorary secretary Group Captain Amir Nawaz has promised to make glass-court available, it will further make the event interesting.”
She said since the first edition, they were feeling that they needed to develop squash courts and they already had been working on those lines. “We will not only host international squash event next year, but also planning to host international female tennis event at our synthetic courts. We are in talks with Pakistan Tennis Federation (PTF) and hopefully, we will soon reach agreement.”
When asked why she was focusing only on conducting female events and she didn’t think it was gender discrimination, Sitwat replied: “Being a female, I always believe in providing equal opportunities to women. Men already have sufficient platforms where they are getting hefty amount of events, but when it comes to females, there is hardly any major activity for women. If someone comes up with a plan to conduct male events, we will definitely consider that too, but as far as my preference is concerned, I will give top most priority to female events.”
“The top priority of the world in current era is sports, but here in Pakistan, nobody takes sports seriously which is the main reason behind the decline of Pakistan sports. The government must device a strategy towards lifting the standard of sports and work on inviting international teams and individuals to Pakistan.”
Our country under present circumstances badly needs involvement of youth in healthy sporting activities, as it will keep them away from bad things and keep them healthy and safe. We are ready to contribute in helping the country in this regard and want to portray its softer image to the entire world,” Sitwat concluded.