Pakistan is all set to take part in the AHF Men’s Asian Beach Handball Championship 2019 which is slated to be held from 15 to 24 June in Weihai, China. 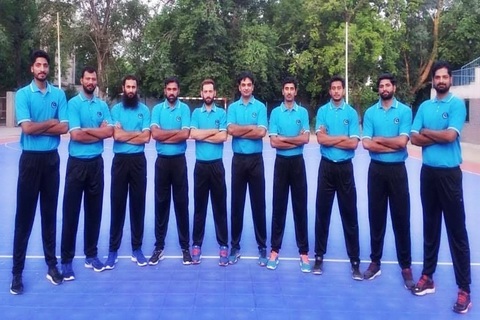 The 2019 edition of these continental championships will be held in the eastern port city of Weihai in China from 15 to 22 June, for which Pakistan's National Handball Team have already left to prove their mettle in the men's championship of this event.

Pakistan will play their first match against Thailand on the opening day of the 12-team tournament before they take on Saudi Arabia and Oman on the next two days, respectively. Then the team will be up against Iran and Japan on 19 and 20 June respectively.
This event has been held in both men and women categories in which the women’s competition will see six teams in one group competing for glory, which include: China (CHN), Thailand (THA), Vietnam (VIE), Chinese Taipei (TPE), Hong Kong (HKG) and Japan (JPN).
While the men’s competition is split into two preliminary groups of six teams each which are stated below:
Group A features: Qatar (QAT), Vietnam (VIE), Chinese Taipei (TPE), Afghanistan (AFG), Indonesia (INA) and Philippines (PHI).
Group B comprises: Oman (OMA), Iran (IRI), Thailand (THA), Pakistan (PAK), Japan (JPN) and Saudi Arabia (KSA).
These championships serve as a qualifier for both the 2019 ANOC World Beach Games in San Diego, USA, and the 2020 IHF Men’s and Women’s Beach Handball Championships to be held in Italy.
The Pakistani Squad members are as under:
1. Mohammad Shahid Pervaiz,
2. Hazrat Hussain,
3. Asif Ali,
4. Asim Saeed,
5. Imran Khan,
6. Mohammad Uzair Atif (Captain),
7. Muaaz Ali ,
8. Muzammal Hussain,
9. Tahir Ali.