Pakistan’s top ranked squash player Nasir Iqbal is likely to skip Allam British Open 2016 as he is carrying an injury for the past few months. 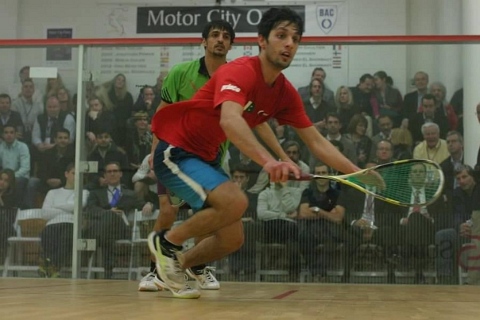 Pakistan’s top ranked squash player Nasir Iqbal is likely to skip Allam British Open 2016 as he is carrying an injury for the past few months.

The event is scheduled from March 19-27 in which Nasir is seeded 10th among the qualifiers.

Farhan Zaman is top reserve player for this event, so he too could make it to qualifying round by the time it starts.

“Nasir got injured in India when he hit his back. Since then he is not fully fit. He is still in the United States and will come back in a few days. Then we will decide whether to send him for this prestigious event or not,” said Pakistan Squash Federation (PSF) secretary Amir Nawaz.

He added that Farhan too was injured.

It is worth adding here that Nasir recently pulled out of the $70,000 men’s Canary Wharf Classic being held at East Wintergarden, London, England.

“He pulled out his name since he was not fit,” said Amir when asked.

Nasir, ranked 35th, lost to Oliver Pett of England, ranked 293rd, in the first qualifying round of the $150,000 Windy City Open in Chicago, US, last month.

Interestingly, PSF has pitted these players against top Egyptian players this April in a bilateral series.