Pakistan Men’s National Handball team is expected to begin its training from July 1st for the 13th South Asian Games which are scheduled to be held from 1 to 10 December in Nepal. 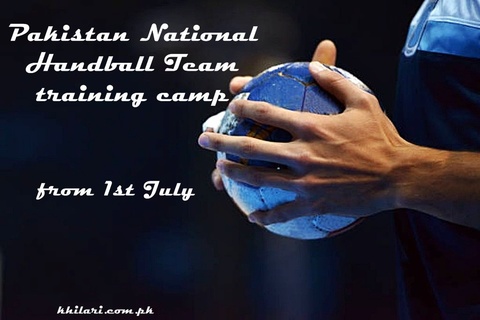 A senior official of Pakistan Handball Federation (PHF) told that the Federation have sent a request for a training camp for the national team from 1st July, to the Pakistan Sports Board (PSB).
The official also expressed the need of a foreign tour for the players stating that it was also necessary, but he did not know any such dream would be realized because of financial issues.

“If we invite a foreign team it will also help us prepare well,” the official said.

Pakistan's legendary win in this sport is counted as the one back in 2010  in Dhaka, when Pakistan cliched the gold medal after beating India in the final. However, in the 2016 South Asian Games in India, Pakistan finished with the silver medal after losing to India in the final.
But the Federation is of fear that WAPDA and Army might call their players in the middle of the camp in order to prepare them for the 33rd National Games to be held in Peshawar from October 26th to November 1st. It may break the momentum.

“We will consult both WAPDA and Army as we have players in the national team from these two departments. If they agree to back the national camp and the state also puts its input then only will it help the departments to prepare their key players for National Games but it will also benefit Pakistan team as its players will get well by practicing together for a longer time without breaking the camp,” the official said.

This would be the third time that indoor handball event would be held in the South Asian Games.