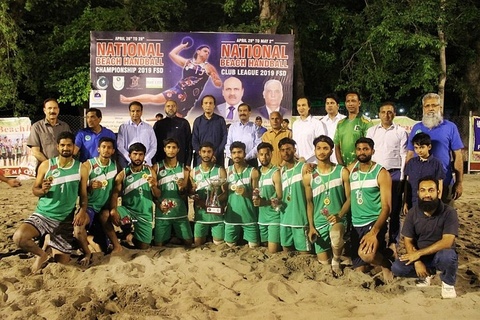 National Handball Club locked horns with Sohaib Handball Club in the final game of the league in which National team stunned their opponents by winning the final match convincingly by two sets. The final score stood 2-1 even though the loser team had strong players as it has been winning almost all of the past league matches but their performance fell in the semi-final stage which caused them to lose the title.

The winner team had to struggle hard to take home the victory of the league as the players were given hard time by the opponent team. Players from the winner team were more good with their speed and score in the first set as they finished it in their favor on 21-18 but they took the pressure in the second set but did not tell it ruin their performance, winning the second set on 19-20 as well. A shootout was also conducted between both the teams in which National Club won again on a close call by 9-8.