Sohaib Club and National Club defeated their respective opponents to book their place in the final of National Beach Handball Club League 2019 which will be held today at International Sand Court of University of Agriculture in Faisalabad. 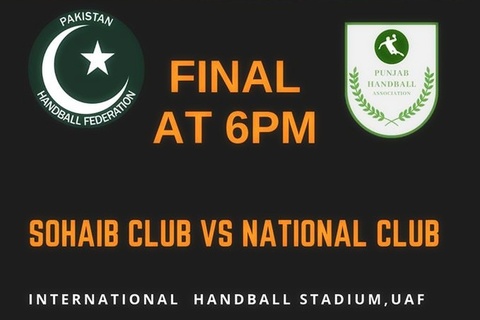 Six more matches were played on the second day of the championship in which the first battle was fought between National Handball Club and Aghanistan's Handball Team, National Club took the win in the first match of the day by defeating the visiting team on 2-0 sets score.

National Club completely dominated both the sets Aghanistan's team was seen falling to worst with their performance. Winner team boys' won the first set by 27-14 and then finished the game in their favor by winning the second set as well on 20-14.

The second clash was held between Lyallpur Tigers and Chishtian Handball Club in which Lyallpur Tigers' team won by 2-0. Set scores were: 20-18 and 24-11. Both the finalist teams were battling for the final place in the third encounter but it was Sohaib Club won the match convincingly on 2-0 by the set scores of 22-12 and 26-22.

Sohaib Club players tried their best to win the match and gave tough time to Lyallpur Tiger Handball Club as the match exceeded to three sets for the first time in the championship. But even though Lyallpur Tiger team lost the first set with a huge margin of 23-16, the team handled the pressure quite well and etched their name of the on the second and third set by 18-22 and 8-9, finally winning the game.

The final match witnessed National Club's win over Misaq Handball team by 2-0 sets. It was an easy win for National Club as the set scores had quite a huge margin between the winner and losing team; 27-17 and 25-18.

The final will now be played today at the International Sand Court of University of Agriculture in Faisalabad at 06:00 PM sharp between Sohaib Handball Club and National Handball Club teams. 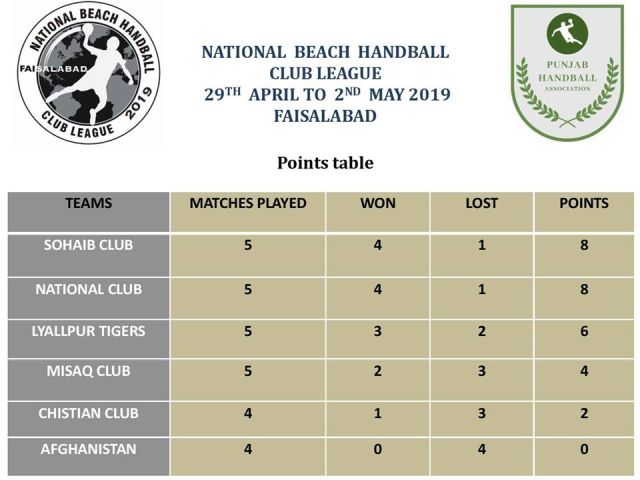