Army and WAPDA booked their place in the final match of 13th National Women Handball Championship which is being played at Government College for Women University in Faisalabad. 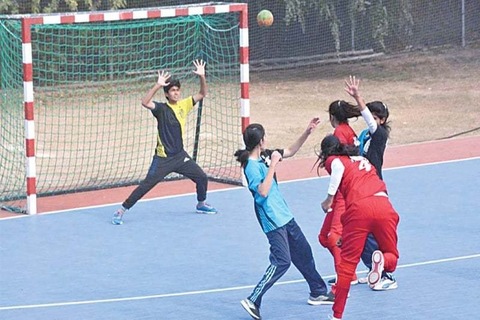 Army and Higher Edu¬cation Commission (HEC) teams played the semi-final of the championship in which HEC women were seen falling in their performance against Army team even though HEC lost only one match throughout the championship but on the other hand Army has never lost in the championship.

Strong Army side did not let HEC team book their place in the final and made them fall on a 35-14 score-line and thus Army girls made their way into the final of the championship.
While in the second semi-final clash, WAPDA took complete control of the game against Punjab and out-scored them easily registering a convincing and easy win on 48-6 goals.
The 13th edition of National Women’s Handball Championship is being organized by High Education Commission (HEC) under the supervision of Pakistan Handball Federation (PHF) which will roll into action from today and the matches will be played at Government Women’s University while the other matches till 4th January will be contested at University of Agriculture.
Today, the third place match will be played first at 11:00 AM while in the final match, WAPDA and Army will be battling each other for the ultimate win of the championship at 02:15 PM whereas the prize distribution ceremony will be held at 03:30 PM at Government College for Women University in Faisalabad.