Army, WAPDA, HEC and Punjab got successful on the second day of 13th National Women’s Handball Championship which is being held at the Government College for Women University, Faisalabad. 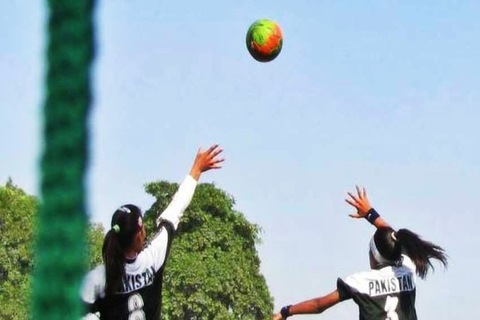 The second day into the championship saw four more matches were played in which the first match witnessed Pakistan Army team’s win over Khyber Pakhtunkhwa girls even though the losing team’s players would roll throughout and will bolt a win but Army team made much more hard efforts of winning and till the end they were easily able to outscore KP team that suffer loss by losing the game on 37-3 goals.

While in the second clash, Baluchistan suffered another fall, this time to WAPDA’s strong side as WAPDA women got a commanding 46 points lead over none of Baluchistan team.
Punjab once again won and remained successful on the second day of the championship as well as the team recorded a convincing 19-2 win over Police handball team.
However, the star performance on the second day of the championship was given by Higher Education Commission (HEC) team as it recorded highest score win so far in the championship and took complete control of their game against Islamabad over powering the losing team on a 55-0 goal-line.
The 13th edition of National Women’s Handball Championship is being organized by High Education Commission (HEC) under the supervision of Pakistan Handball Federation (PHF) which will roll into action from today and the matches will be played at Government Women’s University while the other matches till 4th January will be contested at University of Agriculture.
Several players belonging from different provinces as well as departments of Pakistan are seen battling it out so as to earn the title as well as the trophy of the championship.
Participating teams include: Army, WAPDA, Police, Punjab, Khyber Pakhtunkhwa, Baluchistan, Islamabad and the hosts High Education Commission (HEC). Army team will be defending their title in this championship.