16 member squad has been finalized by Pakistan Handball Federation for the 18th Asian Games starting from 18th Aug. to 2nd Sep. 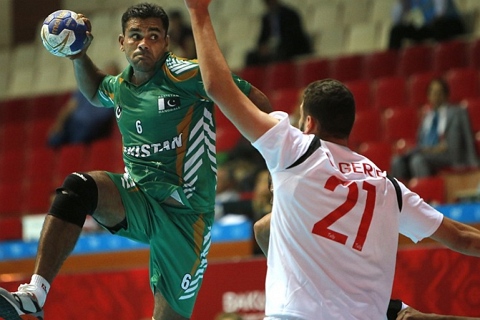 Pakistan Handball Federation has cleared the participation of 16 member squad for the Jakarta-Palembang Asian Games 2018. Pakistan is placed in Group B along with South Korea and Japan.

The squad is comprised of 16 players who will be accompanied by 3 officials. Following are the team members:
Pakistan Handball team will play against Asia’s most competitive teams, South Korea and Japan. First and second match will be played on 13th and 15th August respectively.