Four matches were decided but the match between Army and police was featuring as Army men outplayed Police team with a big margin in the ongoing 28th National Handball Championship. 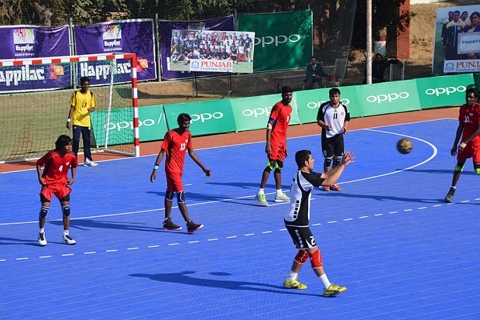 Army thrashed police with the heavy margin of 55-14 in the opening match while WAPDA cruises Punjba by 49-15 in the second match of the day.

The third match was played between Higher Educational Commission (HEC) and KPK where HEC defeated KPK by 32-7. Railways carved out a 33-18 victory over Balochistan in the last match of the day.

Four more matches to be played today where Police to faceoff KPK while Punjab to challenge Balochistan, HEC to challenge Army and WAPDA to take Railways.