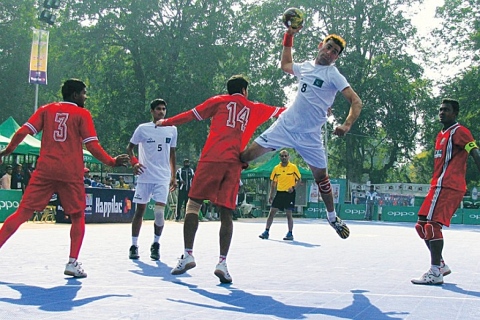 Eight teams will be featuring in the 5 day event as per rankings and rules which are divided into 2 groups. Group matches will held on the single league basis while the semifinals and placement matches will be played on knockout system.

Reigning Champions Pakistan Army will defend its title. Opening match is schedule to be played between Punjab and Railways at 3:00pm. Pakistan’s national team will also be selected for a training camp for upcoming Asian Games to be held in Jakarta Palembang, Indonesia.

Following are the groups: