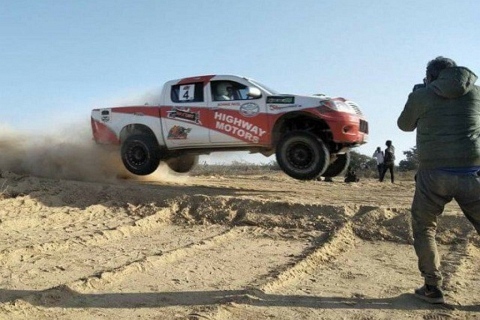 Patel was driving 4000cc Vigo as he completed the two laps of 11 kilometers in 18 minutes 47 minutes to win the race. He was followed by Sahibzada Muhammad Ali with a margin of just six seconds at 18 minutes 53 seconds, as he improved his standings where he finished third. Atif Imam ended on the third with 19 minutes 54 seconds.


Three times champion Nadir Magsi and defending champion Asad khoro could not show up for their personal reasons but they were direly missed by the racing fans. Nadir had performed a hat-trick by winning the first three editions of the rally while Khoro had dethroned him last year.