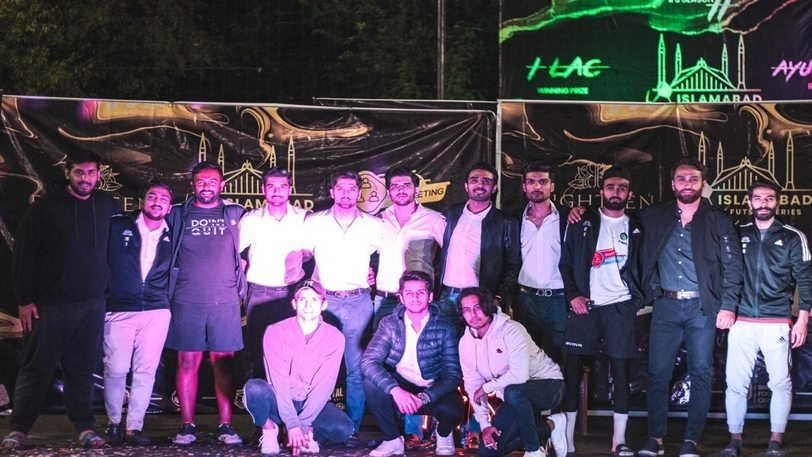 The much awaited Islamabad Futsal Series' Season II hosted a total of 64 amazing teams that competed against each other with all their skills so as to earn the ultimate cash pursue of this event, but among so many talented teams, it was Highlanders F.C whose players managed to itch their name as the champions of this tournament.

Islamabad Futsal Series is an organization determined to engage the youth in recreational activities by bringing top notch sporting competitions to your city.

The tournament was organized for the Futsal enthusiasts of Pakistan, hosted by the IFS Team, consisting of 10 members and growing.

This event offered an attractive prize pursue of Rupees 1 Lac for the winning team while the runner up team was awarded with 20,000 Rupees along with a glittering Trophies.

Whereas, other awards in the tournament included: MVP trophy, Best Keeper and Best Defender with respective with Cash prizes. HD Photography and Drone Videography was a core must.

As many as 64 teams participated in the five vs five tournament with rolling subs and knockout format which were played under Standard Futsal Rules.

Islamabad Futsal Series only aims at providing you the ultimate futsal experience with a definite promise to make it worth your while. The entry fee was set as Rupees 5000 for each team.

For further queries and registrations purpose, this given cell phone number can be contacted: 03335598447.