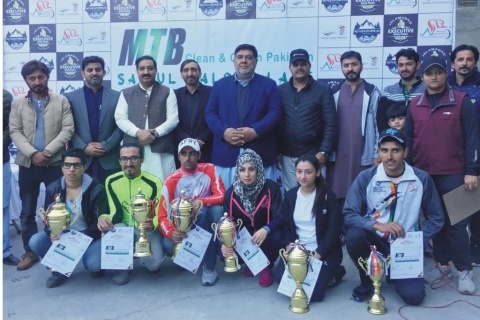 The first ever, joint venture between MTB Adventure Trips and Tours and PCF, event covered a distance of four kilometers around the Lake Saif al-Muluk, the track is 10500 ft above the sea level.

In the men's individual time trial, KP's Abdullah after a tough competition secured the first spot.

Organizing Committee Chairman and Secretary General of Pakistan Cycling Federation Nisar Ahmad stated that this event was organized for the first time at an altitude of 10,500 feet.

The event was organized to promote cycling as well as tourism. The slogan of the event was Clean and Green Pakistan.

Syed Azhar Ali Shah stated that he hope that more similar events will be held in the future and sponsors will come forward.