U-6, U-9 and U-12 Mix Girls and Boys Futsul Tournament concluded successfully 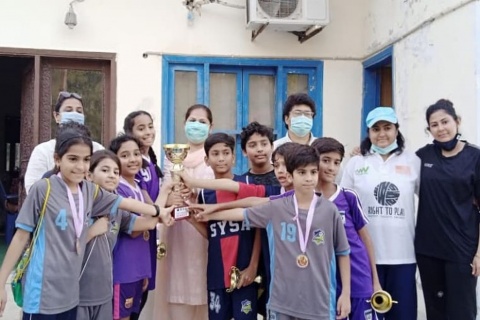 Diya Women Football Club under the umbrella of Pakistan Soccer Futsal Federation organized the U-6, U-9 and U-12 Mix Girls and Boys Futsul Tournament, which concluded successfully at Sports Timeout Gizri, Karachi.

The last day of U-12 Tournament saw 07 teams competed with full zest for the trophy.

The tournament was played in the format of UEFA and Barclays League.

The event had the presence of Ms.Nausheen Ahmedjee Vice President Sindh Women Futsal Association and other officials of Sindh and Karachi.


The best players award were given to the following players:-