Defence United came out as winners with a score of 3-0 against Sadpara held at the Institute of Business Administration Karachi. 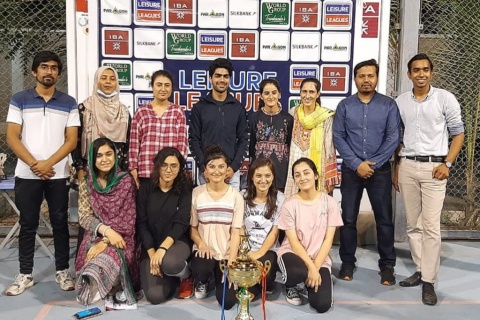 After emerging victorious in the Men’s Semifinals, Sadpara and Defence United strode into the finals for the Leisure Leagues IBA Futsal Tournament in a nerve wrecking game held at the Institute of Business Administration Karachi in which over 200 students of IBA participated.

The final match was buzzing with energy where Defence United came out as winners with a score of 3-0 against Sadpara. The boys from both teams gave such an exceptional performance where the spectators whole heartedly cheered for their teams.

Ahsan Uddin was announced as the Man of the Tournament, while Kazim Ali won the best goalie award.

On the other hand, the Girls Final Match between the North flocks and Commerce Crew was a game never witnessed before. With all SOPs in compliance there was a massive turnout of audience who were lucky enough to witness this exciting match.


It was an intense game that ended with a thrilling penalty shootout in which the Commerce Crew emerged victoriously. There was a roar of cheering and uplifting from the crowd that encouraged all the players in the field.