Islamabad Team beat Police Team in the final on penalties. The match was tied at 1 goals each at full time. Team Islamabad won with the final score of 3-2. 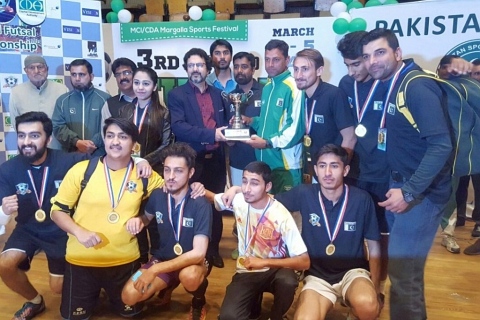 The thrilling final was played  between Police Team and Islamabad Team at Liaquat Gymnasium, Islamabad. The scores were tied at full time. Team Islamabad won the match on penalties at 3-2.

The championship was organized by Pakistan Futsal Fedration in collaboration with CDA and PSB. General Secretary of Pakistan Soccer Futsal Federation, Adnan Ahmad, played a pivotal role in organizing the championship and making it a success.

Other teams which participated in the National Championship are as below:
General Secretary of Pakistan Soccer Futsal Federation, Adnan Ahmad thanked the sponsors of the Championship for their support.