Pakistan has granted the rights to host Asia Kabaddi Cup in February 2022 and the Kabaddi World Cup in October 2024. 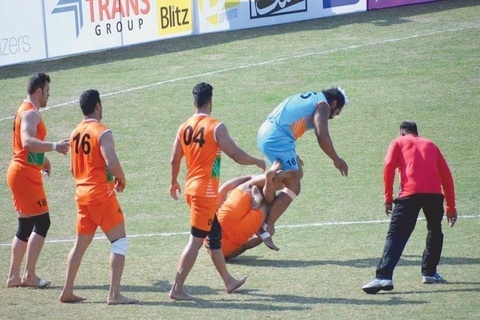 “We’ve been issued the rights to host Asia Kabaddi Cup in Feb 2022 and the Kabaddi World Cup in Oct 2024,” said Sarwar who is also Secretary of World Kabaddi Federation (WKF) during a ceremony held at Allama Iqbal Hostel, Pakistan Sports Complex.

The ceremony was held to honor the members of last years World Cup-winning kabbadi team. Pakistan won the circle-style Kabaddi World Cup for the first time in February 2020 by thwarting India in the final played in Lahore.

He also announced to hold a series of other national and international events during this year.

“Besides holding circle style, beach style and Asian style national championships, we will hold a three-match series between Pakistan and India near Kartarpur Corridor as well as Nankana Sahib International event,” he disclosed.