Registrations are still open to become a part of the mega APCOMS Fiesta Futsal 2019 which is all set to kick start from 6th November in Rawalpindi. 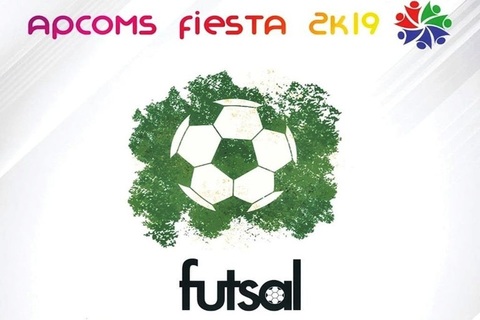 Army Public College of Management & Sciences (APCOMS) is all set to organize a mega Futsal event by the name of "APCOMS Fiesta Futsal 2019" that will begin its proceedings from 6th of November and continue till 8th November at APCOMS ground in Rawalpindi.

It is a 5 by 5 on field event where each team can have a maximum number of eight players with 5 regular and 3 substitutes and one player can play only for one team. Rolling subs are being allowed and all of the matches will be played under Standard Futsal Rules where referee's decision would be considered final on the field.

The mentioned event will follow Knockout format where each game would be played for 30 minutes including break. As many as 32 slots are made available among which only six are left so hurry up and register now at https://www.facebook.com/events/399918770684933/?active_tab=about

Top position holder teams will be awarded lavish trophies along with cash prizes, shields and certificates. The winners will also be provided with dinner by APCOMS.