A total of 48 teams are to compete in the 2019 Islamabad Futsal Series which is all set to kick off from 26th September tomorrow and will continue till 29th September at Total Football Ground in Rawalpindi. 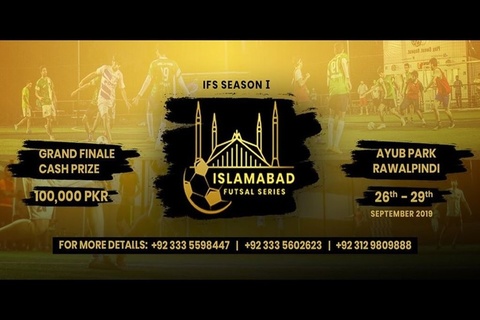 The much awaited Islamabad Futsal Series' Season I is set to host a total of 48 teams, who have lined up to compete against each other so as to earn the ultimate cash pursue of this event.

This tournament is being organized for the futsal lovers of the twin cities: Rawalpindi and Islamabad but teams from all over the country have shown their interest as they are also taking part in this event, which is hosted by Moneeb Khan, Faizan Sameer Malik and Moiz Ghani.
It is a five vs five tournament with rolling subs and knockout format which would be played under Standard Futsal Rules. Match timings will start from sharp 05:00 PM and on-wards. Each match will be played under strict supervision of management and the referee, whose decision will be final on the field.
This event is offering an attractive prize pursue of Rupees 1 Lac for the winning team while the runner up team will be awarded with 20,000 Rupees along with a glittering trophy. Whereas, other awards into the tournament include: MVP trophy, Best Keeper, Best Defender and Top Scorer.
HD Photography would be available for the matches and qualifying teams would be able to enjoy free Redbull drinks as well.
For further queries this given cell phone number can be contacted: 03335598447. 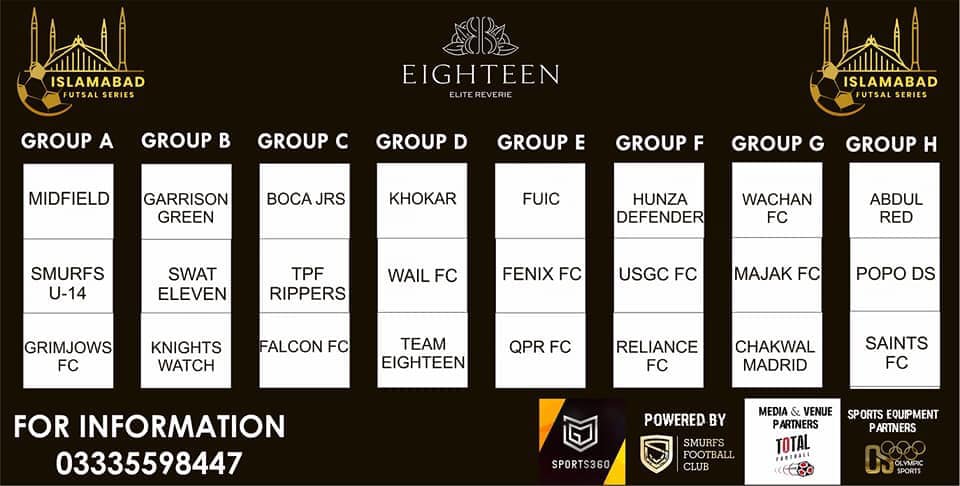 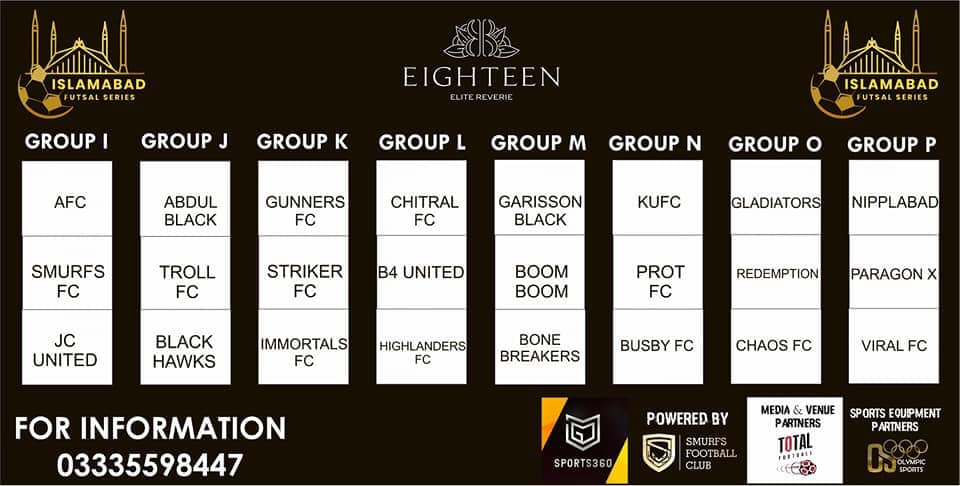