As many as 48 teams will be participating in the 2019 Islamabad Futsal Series which is all set to kick off from 26th September and will continue till 29th September at Total Football Ground in Rawalpindi. 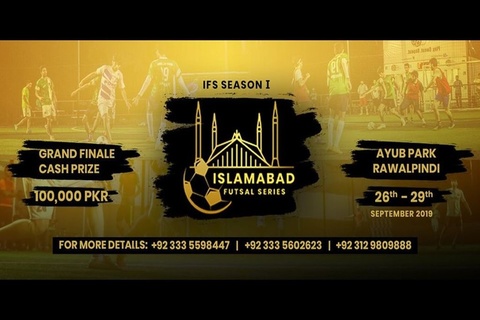 The much awaited Islamabad Futsal Series Season I is all set to host a total of 48 teams, who have lined up to compete in the tournament against each other so as to earn the ultimate cash pursue of this event.

This tournament is being organized for the futsal lovers of the twin cities: Rawalpindi and Islamabad but teams from all over the country are seen taking part in this event, which is hosted by Moneeb Khan, Faizan Sameer Malik and Moiz Ghani.