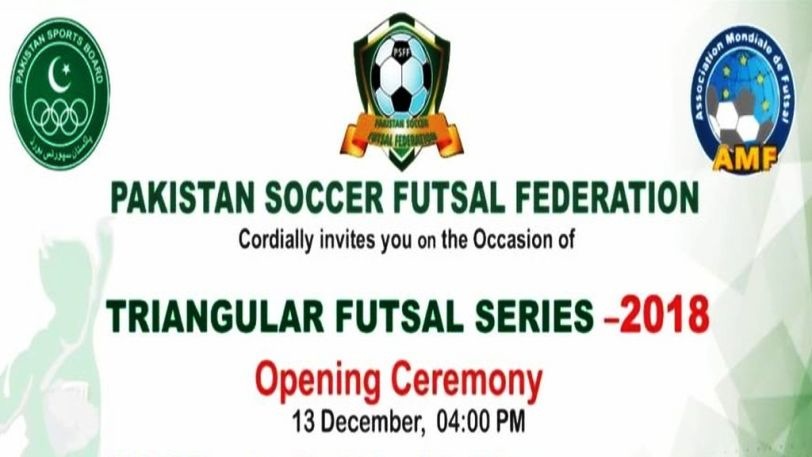 13 December, 2018 - 16 December, 2018
Islamabad
Liaquat Gymnasium, Islamabad.
Futsal
Pakistan is all set to host Triangular Futsal Series from 13th to 16th of December which will feature two (2) foreign nation: Afghanistan and Nepal.
Pakistan Soccer Futsal Federation has cordially invited the people of twin cities to attend the opening ceremony of the championship free of cost on 13th December at 03:30 PM sharp. A musical concert will be stage at the opening ceremony as well.
Pakistan Fustal Team will compete with Afghanistan and Nepal's Futsal teams in the championship and the foreign teams have already arrived in Pakistan.
Dr. Fahmida Mirza, Minister IPC, will be the guest of honor at the inaugural ceremony while Prime Minister of Pakistan, Imran Khan and Chief of Army Staff, General Qamer Javed Wajwa will be invited to be the honorable chief guests in the concluding ceremony of the championship.
The semifinals will be played on December 15th while the final will be held on December 16th at 03:00 PM. Trophies, Medals and Certificates will be awarded to high achievers in concluding ceremony.