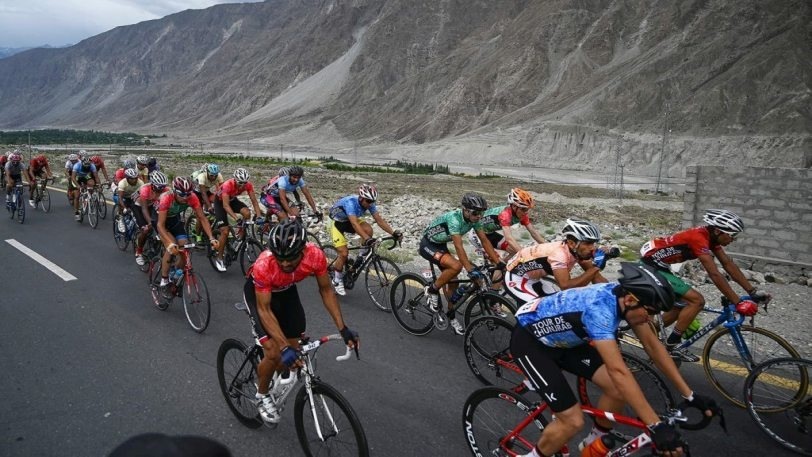 Due to COVID-19 pandemic, Pakistan Cycling Federation (PCF) with the consultation of Govt of Gilgit Baltistan has officially called off the Tour de Khunjerab International Cycle Race 2020 which was scheduled on June 18 to 21.

The third edition of Tour de Khunjerab Road Cycle Race 2020 — one of the world's highest altitude cycling competitions — slated to be held from 18th-21st June.

Gilgit-Baltistan government in collaboration with Pakistan Cycling Federation will organize this mega event to promote tourism in the region.

Pakistan Cycling Federation General Secretary Syed Azhar Ali Shah told to Khilari.pk that they have sent invitations to 15 countries while only Afghanistan has been confirmed their participation yet.

Tour De Khunjerab would start at an elevation of 4200ft and climb up all the way to Khunjerab at 15400ft, an ascent of more than 10,000ft from start to finish.

Last year, WAPDA’s cyclist Najeebullah reigned supreme in the Tour de Khunjerab Cycle Race winning the fourth stage, overall title with a total time of 8:41:39 for four stages. Followed by Hanzala of Balochistan who was finished just one second behind Najeebullah. SSGC’s Abdul Razzak, who clocked 8:46:47 for four stages, took the third position.

The aim of the cycle race is to promote tourism in the region and inform the world that Pakistan is a peaceful and sports-loving nation, especially the northern area of Pakistan are not only peaceful but worth watching.